A lot can be said about the Pokemon TCG especially since the big "internet boom" last year that brought back out the collectors, new collectors and even the scalpers. Even with the resurgence of people buying packs it ain't stopping some of the veterans such as myself and newer players from playing the game.

Our 3rd Pokemon Sunday brought in new players from around the area and we battled it out in a tournament for 6 people with the first finals being a BO3. 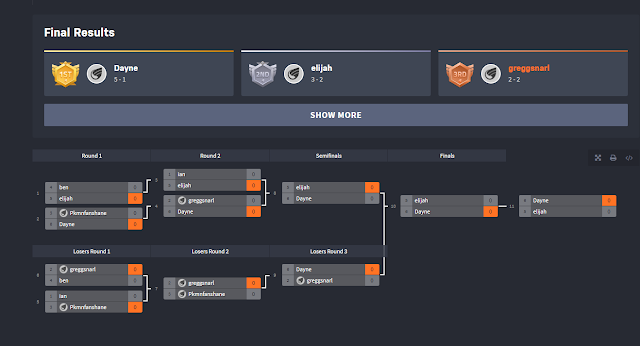 It was fun seeing every one playing different decks especially non-meta ones. We seen an electric deck that runs tapu koko vmax instead of pikarom, a beefed up evolution deck, and we saw the occasional ADP.

This was our first tournament to not feature any of the returning champions from the last two Sundays but we hope to see them soon. Let's get someone to win 3 tournies in a row!

We are getting ready to post sign-ups for our OL Season so hopefully we can bring in more folks as we got 6 potential players.

We will also start working on deck analysis posts so you guys can see what whacky builds we are doing or even us translating a popular deck from Japan. (And we all know how Japan is crazy with their Meta.)

Well this was our post about our Sundays so hopefully for anyone whose is reading, keep enjoying Pokemon

June 23, 2021
A Look at ADPZ and What Makes People Believe in It Greggsnarl  |  June 22, 2021 Hey everyone! Welcome to my first article for TSN. As the lockdown ends in SoCal and card shops are allowing Pokemon Leagues to resume, it’s time to look at a deck that won’t be around much longer, yet has had a huge impact on the Pokemon TCG since it was released in late 2019. Of course we are talking about Arceus Dialga & Palkia Tag Team GX paired with Zacian V. The Strategy and List The strategy is simple: Get ADP set up as fast as possible to use Altered Creation GX. Afterwards, use Ultimate Ray and Brave Blade in conjunction with gust cards to get quick knockouts.   Pokémon (10) Trainer (39) Energy (11) 2 Arceus & Dialga &    Palkia-GX 3 Zacian V 2 Dedenne-GX 1 Crobat V 1 Mew UNB 1 Duraludon RCL 4 Boss’s Orders 3 Professor’s Research 2 Skyla 1 Marnie 4 Quick Ball 4 Metal Saucer 4 Escape Rope 4 Crushing Hammer 3 Energy Switch 2 Reset Stamp 2 Cherish Ball 1 Great Catcher 1 Air Balloon 1 Big
Post a Comment
Read more