WHAT’S THIS GYM LEADER CHALLENGE THING ALL ABOUT?

WHAT’S THIS GYM LEADER CHALLENGE THING ALL ABOUT? – BY ELIJAH DOURESSEAU 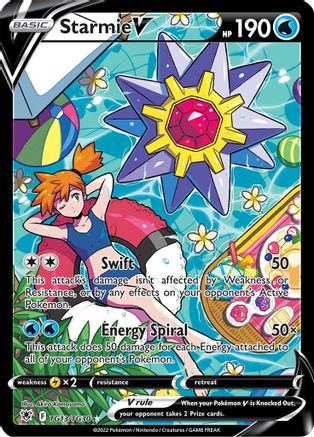 The Pokémon TCG is awesome. We all know this. But if I’m allowed to give it one teensy criticism, it’s that it hasn’t been the most accommodating for alternative formats. There’s always ever been standard and expanded.

Standard: You’re playing with a pool of a few thousand cards, usually the most recent releases in a set block. A block is a series of expansions under one base set, like Sword and Shield. Most of one set block dominates the standard pool for around two years before a new block is released. The next will most likely be Scarlet and Violet in 2023.

Expanded: This pool of cards is much larger. Thousands upon thousands of cards that go back as far as 2011. After cards and sets rotate out of the standard format, they are considered expanded. This format is usually for the veteran TCG player. Or the ones who are a bit nostalgic about a meta scene in a time when certain card mechanics and rules dominated the standard formats.

To make sure I’ve mentioned it, expanded is a format that is technically comprised of standard and post-standard cards. So you can use cards from the newest sets, as well as cards from older ones to make powerful decks.

Both standard and expanded modes are recognized and legitimized by Pokémon as the competitive formats for organized Play! Pokémon programming.

But Pokémon is getting a little soft on us. And that’s a good thing.

Widening its format options a little more, the Gym Leader Challenge (GLC) format has been officially recognized by the governing body as another way to play the game. The authorized literature has also been published to detail the GLC’s manner of play.

Gym Leader decks, in quite the poetic way, merge standard and expanded deck-making. GLC lists are mono-typed. If you’re putting together a fire deck, all the Pokémon must be fire types. Only single-prized Pokémon are allowed. No Pokémon with rule boxes printed on their cards. Most understand the non-rule box requirement as only concerning V-cards, GX’s, and EX’s, but no. It’s pretty much any Pokémon or trainer card with a special mechanic ruling printed on it. So Radiant Pokémon aren’t allowed. Neither are Prism Star cards.

The other major ruling for GLC: only one card, of its name, in your 60-card deck. Producing a water deck and you want to include an Intellion line? Cool. You can only have one Sobble, one Drizzle, and one Intellion in the list. So you must choose either the Quick Shooting second stage evolution or the Shady Dealings one.


It does bear mentioning that there are ways around this rule. In regards to Astral Radiance, a Pokémon with ‘Hisuian’ in its name would be considered different from its regional counterparts. Conceivably, you could have a Hisuian Quilfish and a Single Strike Quilfish in the same deck. Under the statutes of the game, they’re considered different Pokémon. But they share the same typing so it’s all good!

The same goes for trainers of any kind. Only one Professor’s Research for the entire deck. You can have multiple basic energy in your deck, of any type. That’s the one exception. Oh, and dual-type Pokémon are allowed, as long as they share a typing with the other Pokémon of the deck. 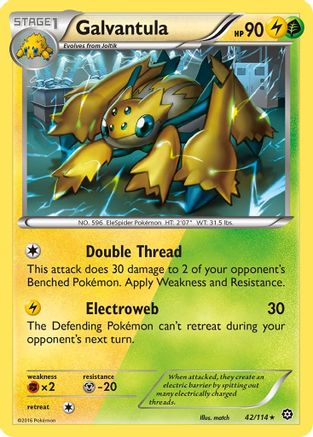 GLC is a refreshing way to play. The matches may take longer because you’re picking up one prize card at a time, in a lot of cases. But you get some great exposure to many Pokémon cards that would have otherwise been forsaken in your binder, or your bulk because they don’t meet the rigid requirements for being competitive enough.

All of this comes with some asterisks though. The format is becoming increasingly visible every month. More stores are scheduling GLC-formatted tournaments for local events. And in perhaps its biggest triumph, GLC side events have gone underway at a few regionals on occasion. But it is far from being a competitive format. Don’t expect to earn Championship Points from playing GLC any time soon.

I’m mostly okay with that though. Competitive, at the local level, is high stakes enough. I believe there was a thousand-dollar tournament somewhere recently. Maybe there is hope.

Let your what-ifs run wild with Gym Leader Challenge. It gives players golden opportunities to enjoy the breadth of the TCG, as opposed to just the very best. If that ain’t in accordance with Play! Pokémon’s core values, I’m not sure what is.

I’ll leave you with a comprehensive intro video, one that presents new and old staples of the game. Ultimately, it’s a strategy guide for cheating the one-card-of-its-name rule.

Keep those GLC decks extra spicy, and may the shenanigans be ever in your favor.