THE DAY OF THAT BIG TOURNEY: WHAT I DO FOR PREP – Elijah Douresseau 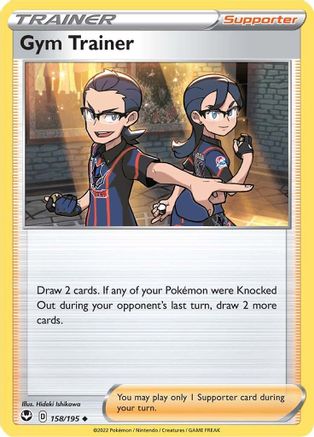 Today is the day. You’ve practiced and practiced, and though you are aiming for the top spot in whatever high-stakes tournament is kicking off in a few hours, you are loose and prepared to play at your best, no matter the outcome. You're thinking clearly, strategizing effectively, and are minimally fouling with misplays. You, Trainer, are ready to compete.

But how else do you get ready for the big tournament? How crucial are the 24 hours before, along with the few hours leading up to round one on the day of? As promised, I’ll outline some of my rituals for bigger events and hopefully, you get some encouragement for creating a functional system for yourself.

Some immediately might scoff at these introductory paragraphs and think, “It’s just a game!” But the competitive and semi-competitive community sees the Pokémon TCG as something more. That classic opening sequence for the 90’s era Pokémon cartoon got us. We want to be the very best. In a community of others trying to do the same. The keyword though is community. This is a thinking sport, and one of the most courteous and respectful things you can do is take it seriously at the higher level. Any sanctioned event put on by a governing body for organized play will usually beget an atmosphere of competition. But it is all in the realm of fun.

Great athletes have a system of preparation. Going into an event cold has never been my style. First, I’m not so good that I can do that. I need to warm up to my mode of play and it begins in various spaces that don't directly involve touching my cards.

I’ll acknowledge first that we all live different lives with differing levels of responsibilities. I’m married – no kids – and I’m a writing/editing freelancer. My sense of time and commitment won’t quite be everyone else’s.

The day before, I likely know what deck I want to play, even if I’m deciding between two decks – on paper. My meta question for the day before is: Do I go with my gut, or do I go with what is more proven to objectively work at the higher level of play? Arceus/Giratina, Lugia, or Aerodactyl VSTAR?

I’m usually thinking about my list selection in parts, trying to visualize how consistent the deck would be in a majority of its matchups. The question then becomes which one or two cards I can swap out to maintain, or even enhance the deck’s consistency.

By this time, I also have the deck list printed from PTCGO. So if I do make an adjustment, I would have to physically alter the list, which helps me be more proactive about trying to make meaningful tweaks to the deck.

Depending on the day, I’m usually happy to meet up with a friend or even do a local league event to get some more playtesting done. Expert piloting of any decklist gets those 10,000 games in. It is all about comfort and learning to play in the familiar territory of various matchups.

Around the card stuff, I also like to go on a jog. It's something to put my ambitious energy to good use and give me a bit of an anticipation release. I’m probably still visualizing my games, but the physical activity relaxes me in a few positive ways.

In the evening, I give the physical decklist one more look, though I will still bring both lists with me to the event the next day. I'll then put all my TCG stuff away, have a full dinner, and chill doing something very unrelated to Pokémon – as a healthy mental reset.

I will go to bed at a reasonable hour, if not a little earlier, to ensure I’m getting a full night’s rest before the mental marathon the next day.

The next day, depending on availability, I might get up a little earlier to go on a quick run. They wake me up and invigorate me in such a way few other things do. And, admittedly, I’m addicted to the runner’s high.

I get back to my place, partake in those quintessential three S’s, and have a balanced breakfast – or at least a generous (but not excessive) helping of protein elements. I get my trainer bag together, and then I’m out the door.

On Location at Tournament Venue

I try to get to the bigger tournaments at least an hour before round one kicks off. Practically, traffic could turn into a nightmare if you decide to show up minutes before the parings get announced, even if you’ve pre-registered. There would also be time to run quick inspections of your arsenal, like checking your sleeves and confirming your list content. It is much easier to make eleventh-hour decisions when you give yourself enough time to see them coming and are better able to maneuver out of an emergency situation.

I’m also a guy who likes to feel things out. Gotta arrive earlier to get my bearings straight. This may not be as big of a deal to others, but I like to clear the mental palate for the games once round one is announced. I want to talk and meet others and ask all my event operations questions well before I start playing – to reduce any concern about those matters tilting my play.

Next to the logistical stuff, I can also warm up with a couple of games with another player who is ready to go for tournament action. I usually don’t play with my tournament deck, in some vague attempt to maintain my mental edge over other players who don’t know what I will play. But I always show up to most tournaments with a few decks.

Some of these things come off as a bit superstitious – and they may be – but they do allow me to establish a solid mental, emotional and physical foundation for the day, which in turn frees me up to play the best games I can. And when you’re competing to win CP or that steep prize payout, you want to know you did what you were supposed to do to play the game you take seriously. Even if you don’t walk away with the gold. Competitive engagement in organized sports or hobbies requires discipline to play at higher levels. This is mine. Hope it helps. And whatever shenanigans may arise, may they be a delight and in your favor.